Your Uncle died. You are his Executor. What do you have to do?

English as a Second Language for Lawyers 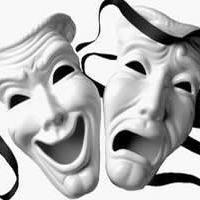 In my last post, I wrote about how the dollar value you assign to real estate or a business for tax purposes can vary depending on the circumstance of the situation. In this post, I describe 3 different scenarios where our law firm was able to save our clients thousands in taxes. I also describe a scenario where you actually save money by assigning a higher value.

Mom and Pop own a house worth $800,000 “jointly.”  The survivor  becomes the owner of the entire property and the entire value  is included in his or her estate.  We divided the property into two equal shares and had Mom and Pop  leave his or her share in trust for the other’s benefit.  Mom died first and Pop   survived by a month.  Mom’s trust was never funded, but was entitled to receive Pop’s share.  All of the assets eventually went to the couple’s two daughters, who were co-executors of the estates.  They sold the house prior to the due date of the estate tax return.

The IRS attempted to deny a discount and value each share at $400,000.  That is incorrect.  For estate tax purposes, we indulge in a legal fiction.  We value each half separately, as if it were being sold to a third party.  It does not matter that the property was actually sold and the proceeds distributed to the two daughters.  For estate tax purposes, we assume a sale between a hypothetical, unrelated buyer and seller.  We claimed a 20% discount for each partial interest.  We ended up settling for 10% due to the unique facts of an almost immediate post-mortem sale. Tax saved = $28,000

Valuation Story #2: How Litigation Affects the Valuation of Assets

Our estate planning law firm had a client who owned extremely valuable antique cars.  After he died, we became involved in protracted litigation regarding the right to possess and sell them.  The judge in that case ruled that the cars could not be offered for sale until the litigation was concluded.  We were stuck with unmarketable assets and mounting storage expenses.  We obtained an opinion from a lawyer with expertise in this type of litigation regarding the estimated length and cost of the proceeding.  He estimated that the effect of protracted litigation would be to reduce the date of death value of the cars by 39%.  The estate tax examiner proposed 25%.  We told him that 25% is routinely applied to “restricted stock” – shares that can’t be sole for two years.  We were then in the third year of the litigation with no relief in sight.  We settled for 35%.  One car was worth $3.5 Million.  The discount reduced the estate tax value to $2.275 Million.  Tax saved = $477,750

Valuation Story #3: The Strategic Buyer – Do you speak “Appraiser?”

Jim and his brother, Bob, were actively looking for a buyer for their industrial supply business, Eureka, Inc.  They had engaged a “mergers and acquisitions consultant” who, after extensive research, determined that the value of the business was approximately $50 Million.

When Jim died, there had been no offers.  Four months later Acquisitions-R-Us, a Fortune 500 company, offered $65 Million for Eureka.  All prior offers, were in the range of $35-40 Million. In “appraiser language,” Acquisitions-R-Us was a “strategic buyer.” This means they were willing to pay a premium because they would benefit from Eureka’s geographic location and market share.

The $65 Million offer came “out of the blue.” Everyone, including the M & A firm, was astounded.  Prior to getting this offer, everyone believed that Jim’s estate would receive $11-12 Million after all of Eureka’s debts and the expenses of sale were paid.  The actual “payday” was $18 Million.

The estate tax difference between valuing Eureka at its “economic value” and the “strategic value” was approximately $2,750.000.  We knew that there would be an estate tax audit conducted by a very experienced IRS lawyer.

In order to defend our position, it was imperative to research the law on post mortem strategic sales. As expected, there were only a handful of cases and only two that were really in point.  We then selected a national appraisal firm that not only had done a substantial amount of work for the IRS, but which also had worked on one of the strategic value cases.

The appraisal firm used an interesting approach in valuing our client’s interest at $11.7 Million.  Starting with “economic” value based on sales of similar businesses, they created several scenarios, including “no sale,” sale to an economic buyer, and the actual strategic sale.  They analyzed the probability of each scenario and gave each one a “weight.”  Then they determined a value based on the chances of each scenario occurring.

Our law firm filed the estate tax return using the appraised value and waited…. and waited.  Finally, eighteen months after the return was filed, we heard from the IRS.  Their initial approach was quite simple.  You received $18 Million.  Pay up. We negotiated with them on the proper valuation of this business for several months and finally settled on a valuation of $12.3 Million.  Taxes Saved = $2,052,000

Using a higher, rather than a lower value can sometimes save taxes when the asset is sold because the value that the executor puts on the estate tax return becomes the “basis" for computing capital gain.

In Story #3, our estate planning law firm spent many hours researching the law and preparing to deal with the all but certain audit.

Equally important to defending our business and property valuations to the IRS is hiring the right appraiser.  We often engage specialized experts to determine whether, and to what extent, the “estate tax value” of an asset is lower than its “economic value.”  Our law firm has years of experience working closely with these appraisers. We understand their language and methodology.

Value, like beauty, is in the eye of the beholder.  “Tax value” may have little relationship to what an asset is actually worth.  Valuation is both an art and a science.  It takes years and a lot of experience to learn the nuances of valuation. This is where an experienced estate planning attorney can save you tens of thousands of dollars.