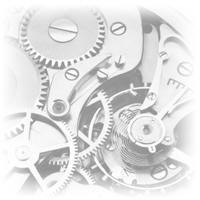 No words can express how much we enjoyed working with Jeff Crown. We were impressed by the depth of his knowledge and the efficiency of his operation. He filled us with confidence that we are doing the right things, no only for ourselves, but also for our children and their families. We will sleep better each night with the realization that we got the best advice we could possibly get.

Do you want your Estate and Trust Lawyer to be a Counsellor or only a “Tax Technician?”

Eavesdrop on a conversation among estate and trust lawyers. What do you hear? “How do we plan for “portability” of the estate tax exemption?” What’s your experience been with valuation discounts for partial interests in real property? For many lawyers, it’s almost always about TAX. What do clients want? They want us to be counselors in the true sense of the word. They want to walk out of our offices with the secure feeling that they are transmitting not their just assets, but also their values, to their children and other family members.

Many estate and trust lawyers don’t become involved in the “psychological” aspects of estate planning. Perhaps they feel uncomfortable. Possibly, they believe that it’s not part of their job or that clients want only tax and business advice. It’s not only part of our job. It’s possibly the most important aspect of our job.

I don’t know too many clients whose first words to me were “I want to eliminate all of my taxes.” More often, I hear stories of family dysfunctionality, difficulties in creating a workable business succession plan or how to keep children from becoming “trust fund babies.” After we understand a client’s emotional issues we can devise a plan to deal with those issues in a tax efficient way. At Trustlawyer, LLC, we have many years of experience dealing with difficulties created by substance abuse, “outlaw in-laws” and children who don’t necessarily share their parents’ values of work and thrift.

Trusts have been a feature of the English legal system since the 16th century – way before there was an estate tax. They were originally designed to separate the benefit of assets from the control of assets. As one of my colleagues says, they protect against “creditors, predators, inability and disability.” Here are some examples of “psychological estate planning”:

Background: When I asked Linda what she wanted me to do for her, she answered: “I don’t want my grandchildren to become “trust fund babies.” This hard working woman, who had helped build a family business, was appalled at the values of what’s become the “entitlement generation.” Linda also believed that her grandchildren would appreciate their educations more if they paid for some of the costs.

Background: Mr. and Mrs. Walker have a twenty year old son, Hiram, who is has been involved with drugs and alcohol since high school. He doesn’t seem to care about his future. His parents do. They want to make sure that their resources are used to help him to become a useful, productive citizen. They do not want the trust to be a crutch.

Background: Bob and Carol have significant concerns about their daughter-in-law, Alice, whom they believe to be mentally and emotionally unstable. They would have no problems leaving assets to their son, Ted, if he were not married to Alice. We needed to craft a provision which would shield the assets from Alice and, at the same time, allow the trustee to give them to Ted if he and Alice separated. We could not just provide that, if Ted and Alice were divorced, the assets would go to Ted. That type of provision is unenforceable because in “encourages divorce.”

Background: Our clients’ adult son, Ellsworth, has a neuromuscular disease which, so far, hasn’t prevented him from enjoying a fairly normal life. He might need a Special Needs Trust in the future in order to maximize his available resources, such as Medicaid. However, Special Needs Trusts are very restrictive. Ellsworth should not be required to live with one just because he may need it in the future.

Fifth Story: The Trust is Too Big!

Background: Joe’s and Josephine’s hard work paid off. They sold their business for $18 Million. After capital gains and estate taxes, their sons, Tim and Jim would each inherit approximately $6.3 Million. Tim would invest his share in his own business. Jim, although, he’s a decent man and works hard now, would probably “retire” at age 40. Joe and Josephine want to make sure that Jim will always have a home and that he continue to support himself by suitable employment.

Sixth Story: Avoiding Sibling Rivalries. Give it to ‘em now.

Backgound: Mr. Lishnis had been the sole proprietor of a business with three semi-integrated divisions. Each division had been managed by one of his sons, Bill, Jim and Tim, but Mr. Lishnis remained in control. Although this arrangement had always worked reasonably well, Mr. Lishnis’ health had declined and inter-sibling issues emerged. Bill believed that some of the profits of “his” division were being used to inject capital into the division run by Jim. Jim felt that the divisions should be run “one for all and all for one,” as they were when his father was healthy. Tim was not sure whether he wanted to continue running a business at all. Mrs. Lishnis had never taken a business management role. Her primary desire was that, when she and Mr. Lishnis were gone, her sons and grandchildren would get along as a family.

Mr. Lishnis’ will gave each of his sons the option to have “his”division allocated as part of his inheritance. If we did nothing, there would have been some very difficult issues when Mr. Lishnis died, including what assets “belong” to each division, what the values were and whether his sons still wanted them.

Background: Enoch and Eve Arden have two children, ages two and four. Enoch’s two daughters from his first marriage are in their twenties and have completed their educations. Enoch said that he wanted to treat all of his children “equally.” Although people use the word “equally,” they often mean “fairness.” In many situations, equality may not be equity.

Clients are not like cheap baseball hats. One size does not fit all. In many cases, tax planning should not be our initial focus. Our more than thirty five years of experience with diverse, and often difficult, situations give us the perspective to craft unique estate plans for unique people. We look forward to working with you and your clients.