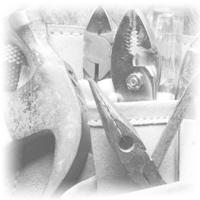 Remember the Nelsons, the idealized television family from 50s and 60s? They were entertainment, not reality. In the perfect world of Ozzie and Harriet and their TV neighbors, everyone got along. Children all did well in school, got good jobs and raised their own children to do the same. No one had a spendthrift spouse. No one took drugs.

Let’s look at an imaginary episode in which Ozzie and Harriet went to Algonquin J. Calhoun, the lawyer who had done their house closing, and asked him to do their wills. They left all of their assets to each other. Their wills provided that, if both of them died, they would set up trusts for their sons, David and Ricky. After a brief commercial break, we will see how the Nelsons’ trusts might not have been properly thought through and how they might have done a better job in creating Work Incentives.

We are in the middle of the largest intergenerational transfer of wealth in history. Baby Boomers and “Generation X’ers” are receiving inheritances that they will someday pass on to their children. How, when and by whom the assets are distributed can determine whether the next generation continues their parents’ values of education and hard work or become recipients of family welfare.

“For Whom the Bell Tolls” -- Through no fault of their own, parents end up with documents that leave their assets to their children in ways that actually discourage work and thrift. They think that “estate planning” is only for the rich or that trusts are too expensive. They may believe that, if they have assets of less than $2,000,000 and don’t have to be concerned about estate taxes, all they need is a “simple will.” These wills may contain trusts for the children, but, often the trusts are woefully inadequate.

The vast majority of my clients have earned what they have through a lifetime of hard work. They want to pass down not only their assets but their values as well. They believe that giving children assets at the wrong time and in the wrong way will destroy their initiative and turn them into “trust fund babies.” They are enthused when they learn about “Work Incentive Trusts.”

Let’s go back to the Nelsons and some of their neighbors in TV-Land and see how Lawyer Calhoun might have done a better job.

“Two Trusts or One?”

Getting it Right: If the Nelsons had created one trust for both of their sons until they both had reached the age of twenty-five, then their educational expenses would have come from the “common family pot.” This is exactly what most parents would have done if they were paying for their children’s schooling. Why should it be different if they didn’t live to see their children receive their education?

Go to School or Go to Work

Getting it Wrong: The trusts that the Nelsons created for David and Ricky said that the trustee may distribute assets for their “health, education and support.” There are no definitions of the terms “education” and “support”. For example, does “education” include private school and non-degree granting technical schools? I had a situation where a trust beneficiary wanted to attend a technical school to help her prepare for a new career. The trust agreement limited distributions to “college.” The trustee was unable to make the distribution. I am sure that the beneficiary’s parents would have wanted their child to continue her education to learn a useful trade from which she would derive satisfaction. What is meant by “support?” Under what circumstances should the trustee pay for a child’s support? When should the trustee require that a child pay all or a portion of his or her living expenses?

The Nelsons’ trustee was given no guidance whether to consider David’s and Ricky’s other sources of income or ignore them. If one of them were 20 years old and a full time student, should the trustee ignore his ability to earn his own living? Most parents would say “yes.” Suppose that he were not in school. Almost all of my clients have said that the child should be told to “get a job” before the trustee hands him money. What does it mean to “have a job?” It isn’t enough just to be employed. You might want it to be a full time position in which your child is either maximizing his or her potential or doing work which, although not highly compensated, serves a useful purpose. All of these intentions should be clearly spelled out in the document creating the trust.

Getting it Right: The Nelsons’ neighbors, Ward and June Cleaver, created trusts which provided that, if their sons, Walter and Theodore, were over age 18 and were not full time students, the trustee may pay for their education and support without considering their other sources of funds. Otherwise they would be required to do suitable work. Walter is 30 years old, has graduated from medical school and earns $50,000 per year by working three days a week in a walk-in medical clinic. He spends his other hours in leisure activities. The trustee turned down his request for assistance with his living expenses. Theodore is 25 and works full time as a policemen, also earning $50,000. He asked the trustee for additional funds to help him buy a house. The trustee approved the distribution.

Rewarding Spending, not Thrift: Heathcliffe and Claire Huxtable thought that matching their children’s earned income would encourage them to follow in their parents’ footsteps and become successful professionals. This may be ineffective and might actually produce a “disincentive” to work.

Getting it Wrong: The Huxtables’ son, Theo, knowing that his earned income would be matched by the trustee, works at less than his optimum capacity.

Getting it Right: If the Huxtables wanted Theo to realize the value of investing, they might have directed the trustee not merely to match his earned income, but instead to match a portion of his earnings which he contributes to an IRA, 401(k) account or similar retirement plan.

Helping your Children to Buy a House or Invest in a Business. The Nelsons provided that the trustee could distribute assets for their sons’ “health, education and support.” David and Ricky, after finishing their studies, had good jobs. David asked the trustee for help with the down payment on a house and Ricky wanted to start a business. As much as the trustee wanted to help them out, he could not make these distributions.

Getting it Wrong: Neither buying a house nor investing in a business falls within a child’s need for “health, education and support.” Since those were the only purposes for which the trustee could make distributions, David and Ricky, although deserving, were out of luck.

Getting it Right: Work Incentive Trusts give the trustee the discretion to distribute up to a specified amount (generally 20%) of the purchase price of a child’s first house and the initial investment in a suitable business or professional venture. The child must provide the balance from his own funds or by borrowing from a bank. Any lender is going to require that the child have sufficient income to pay the loan and, in the case of a business, have a sound business plan.

Getting it Wrong: The Nelsons’ trust document provided for continuing discretionary distributions to David and Ricky after the trust was divided into separate shares. Each of them would receive the assets of his trust at ages 25, 30 and 35. These “age” distributions were required. The trustee had no discretion. Suppose that, when one of them reached one of those ages, he was in the middle of a divorce or bankruptcy? Suppose that he was abusing drugs? I started thinking about this in the 1970s, when a trustee asked whether he could defer an “age” distribution to a beneficiary who was a “Moonie.” I told the trustee that he had to make the distribution, even though we both knew that the beneficiary would immediately turn the assets over to the Moon cult.

Getting it Right: Whenever a trustee is directed to make a distribution, either when a beneficiary attains a specific age or on the happening of an event, there should be a “holdback” provision. The document should give the trustee the discretion to defer the otherwise mandated payment and should give him or her specific examples of instances in which he or she should exercise this discretion.

A trustee has several responsibilities. He or she has to select investments or be able to hire a competent investment advisor. The trustee must keep careful records and file required tax returns. Most importantly, he or she has the discretion as to if and when the beneficiaries receive distributions.

You are hiring people who will be in charge of your children’s lives, education and financial affairs. It is important to keep the “job descriptions” in mind and not just select a relative or friend who might not be the best choice.

Conclusion: A properly structured Work Incentive Trust will help your children to become responsible adults. Proper trust planning is an investment in your children’s future. The investment in doing it right is often less than the cost of a winter vacation with your family. The cost of doing it less than right cannot be measured in money.